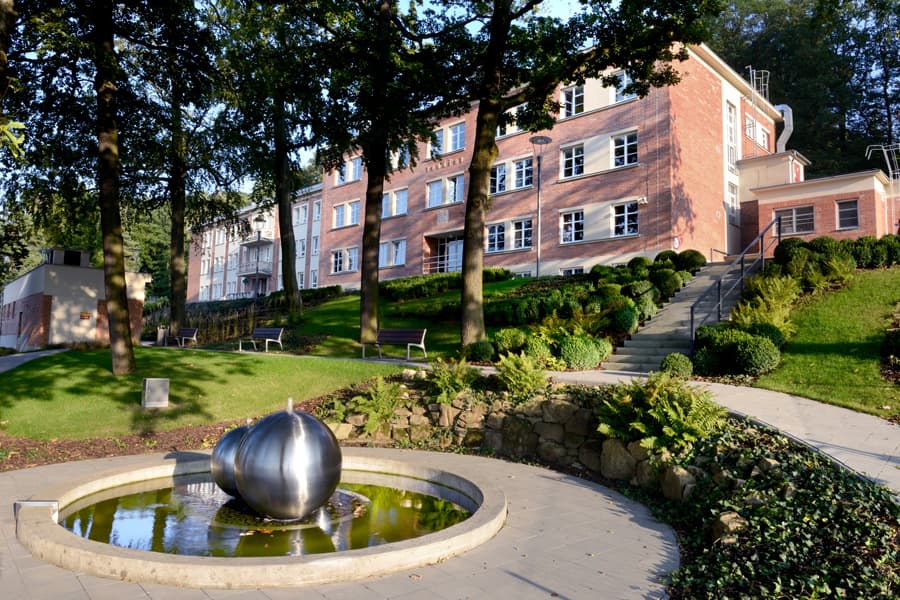 1954 The company hospital is opened – national company Svit with a capacity of 100 beds with an general ward and a gynecological department.

1959 Dr. Bakala opened one of the most modern neurological departments of the time in a newly built building designed by architect Miroslav Drofa. In the next phase, there was a general ward and a gynecologicaldepartment. Later it became a hospital for long-term patients.